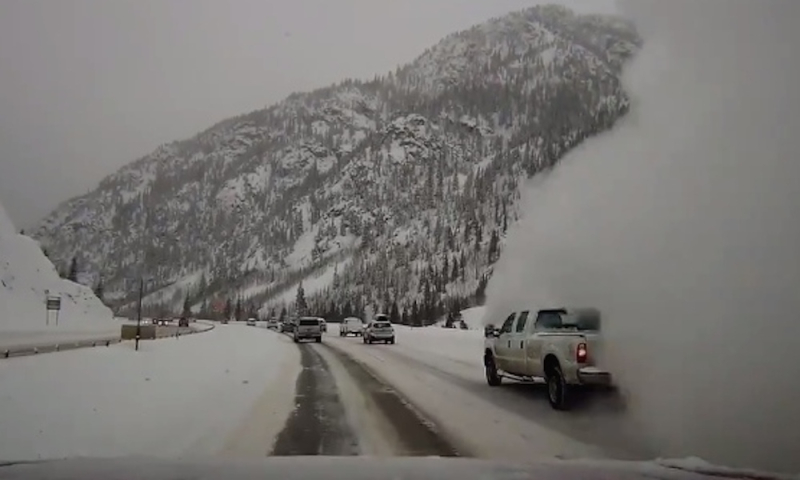 An avalanche swept throughout a portion of Interstate 70 in Colorado on Sunday, briefly engulfing at the least one car and shoving a number of others throughout the freeway.

The accompanying footage, captured by Shaune Golemon and shared with Denver 7 News, reveals the snow slide seemingly burying a white truck with a household inside.No person contained in the truck was injured, and later within the video the household could be seen exterior the car, attempting to dig out.

KDVR reported that I-70 was quickly closed due to the avalanche and that no accidents had been reported, in keeping with the Colorado State Patrol.

The Denver Submit reported that the avalanche occurred at about 5 p.m. as skiers had been commuting house from the slopes in Summit County, between Frisco and Copper Mountain.

Colorado State Patrol Trooper Tim Schaefer is quoted a saying no vehicles had been truly buried. Schaefer added, “It was greater than a dusting of snow. There was additionally tree particles on the highway.”