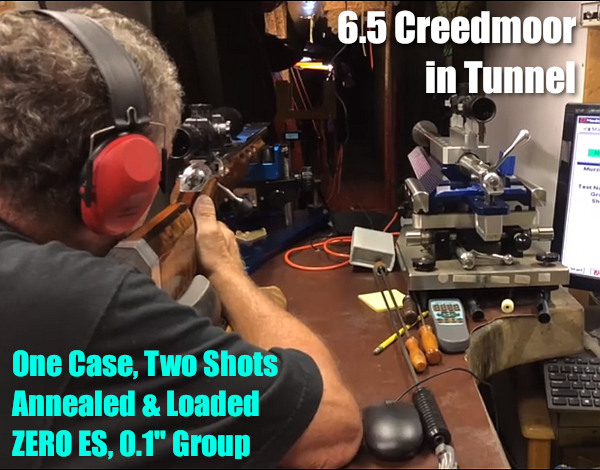 Is a ZERO extreme spread possible? Yes. Lou Murdica proved that, with AMP-annealed cases, and advanced reloading methods, you can achieve the exact same muzzle velocity — 2924 FPS for two shots in a row. Oh, and the accuracy wasn’t too bad either. Shooting in a tunnel with an F-Open rig on the bench, Lou put two rounds within 0.1 inch. Note, the rounds were fired with the wood-stocked F-Open/Benchrest rifle on the left, not the Rail Gun on the right. The full annealing and reloading process is shown in the video below: 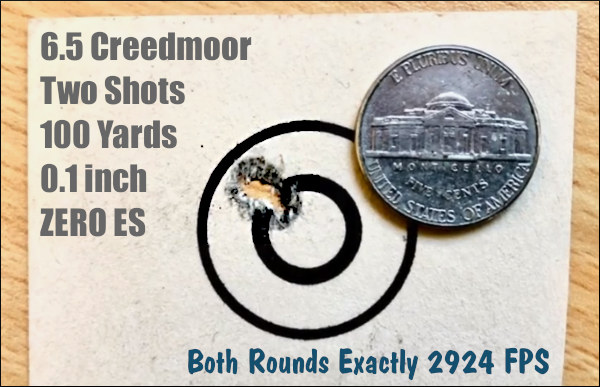 We highly recommend you watch this video ALL the way through, and then watch it again. You will see one of the best shooters in the world loading precision ammo. Lou is a world-class short-range benchrest, long-range benchrest, and F-Class shooter. In this video you can see Lou load a cartridge start to finish, beginning with annealing using a computer-controlled AMP induction annealing machine. 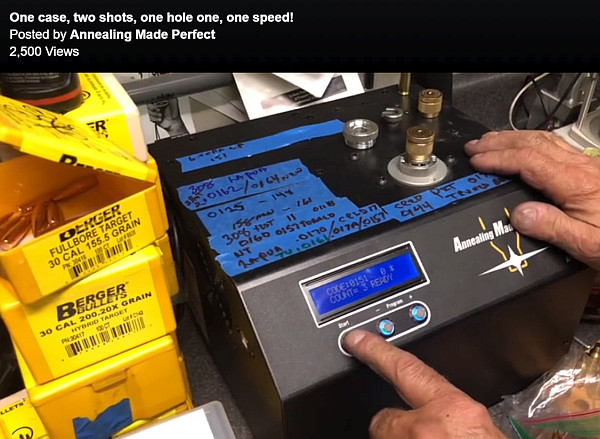 After firing, the 6.5 Creedmoor case was annealed with the AMP induction annealer.

Here is Lou Murdica’s Reloading Procedure Used in this Test: 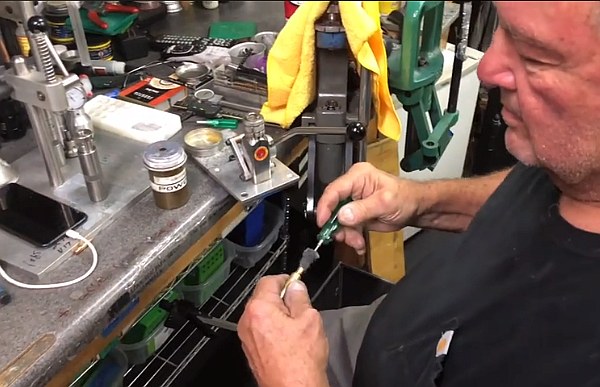 After FL Sizing, and before bullet seating, Murdica applies dry Moly lube inside the case-neck.

Two Rounds, Same Case, Both with Exact Same Velocity — 2924 FPS
If you watch the video, you can see that, for the second 6.5 Creedmoor round, the velocity is 2924 FPS. That is exactly the same velocity as shot number 1. So the two-shot Extreme Spread (ES) is Zero. The second shot was 0.1″ from shot number one — pretty close to one hole. Lou was using Vihtavuori powder and Berger AR bullets. On the screen, Oehler Ballistic Instrumentation software displays bullet velocities and impact locations using inputs from chronograph and acoustic target sensors. 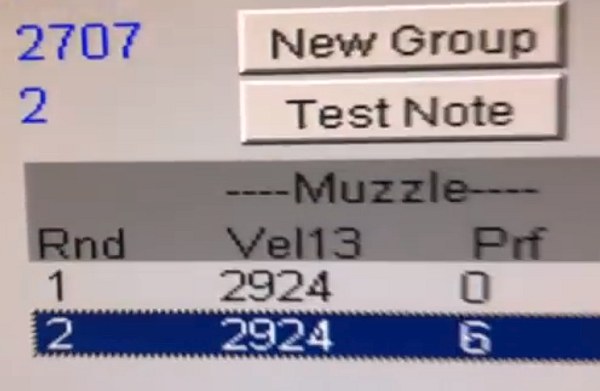