Western Michigan was the site of the 2019 IBS Group Nationals. This major event was held August 12-17, 2019 at the Holton Gun & Bow Club. This club hosts many quality group benchrest matches throughout the season, and this one was no exception. The Holton team, especially match director Nancy Scarbrough, made everything seem easy. The shooters, however, don’t find conditions easy at all… 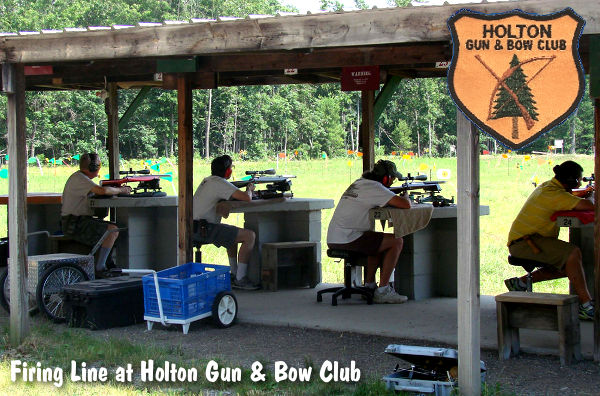 Summer Sun, Mirage, and Switchy Winds
In the middle of August, Holton’s sandy soils can generate fierce mirage. It can get so bad that competitors may not be able to see bullet holes clearly and target rings can become indistinguishable. In Warren Page’s classic gun book, “The Accurate Rifle”, he speaks of mirage as “shooting through the swimming pool”. Well Warren Page must have shot Holton. When mirage was not the problem at Holton, switchy winds were the order of the day.

IBS Group Nationals Course of Fire
The IBS Group Nationals can be an endurance test as the event spans six days. The sequence of competition has 100-yard targets shot the first three days, followed by three days at 200 yards. It is done this way to require only one change of wind flags. Nationals competition requires “full rotation”. That means that every time a shooter goes to the line for the next match target, he or she must move a requisite number of benches to the right. At the end of the day a shooter will shoot across the full width of the line. Some ranges offer unique properties that render some parts of the range harder or easier to shoot small groups. Bench rotation is important to even out those factors.

Classes At the IBS Group Nationals
It takes thirty targets of 5-shot groups and ten targets of 10-shot groups to win a “4-Gun Nationals”. That covers FOUR classes: Light Varmint, Heavy Varmint, Sporter, and Heavy Bench. For all practical purposes, the first three are known as “bag guns” while the heavy bench rifles are “rail guns”. In fact, most competitors shooting a bag gun opt for a single rifle, which has been benchrest standard for decades: a 10.5-lb rifle chambered in 6PPC.

Day by Day Report — Group Nationals Highlights
The first day of competition was for the Heavy Bench class — the Rail Guns. That is what Heavy Bench is these days. Jeff Peinhardt had a handle on conditions for his five 10-shot groups. His largest group was only a .202″. The rest were small dark holes where the 10 bullets honed away any paper fuzz. His average for the five groups in this aggregate was .1710″. Really small, but only .0074″ behind was Paul Mitchell. Rounding out third place was Michigander Lee Hachigian with a .1866″.

The “bag guns” come out on Tuesday for the 100-yard competition for Light Varmint and Sporter rifles. These are the 10.5-lb rifles. The only difference is that in Sporter you must have your rifle chamber with at least a 6mm bore. Since virtually everyone shoots a 6PPC it really doesn’t matter. Wayne Campbell from Virginia nailed a tight .1556” aggregate in Sporter at 100. Tony Alexander (.1758”) and Jack Neary (.1792”) rounded out the top three.

For Light Varmint at 100 yards. Larry Costa led the way with a .2022” when conditions were a little harder to read. Jack Neary and Kevin Donalds Sr. were close behind.

Wednesday morning of Nationals Week is Heavy Varmint at 100. Ken Donalds Sr. still had his rifle tuned to perfection as he won this aggregate with a .1624. Jack Neary and Harley Baker shot well with five-target averages in the .18XX. Wednesday afternoon the shooters take a break and hold a Powder Puff competition for non-shooters, including children and spouses were allowed to shot a group with bench coaching from seasoned competitors.

On Thursday the targets get moved to 200 yards along with a expanding sea of wind flags. Eventual multi-gun winner Wayne Campbell smoked the field Light Varmint 200 with a .1674 MOA Aggregate. His average group size at 200 yards was O.334 inches but in short-range group competition the scores are converted to minute of angle (MOA). The only other shooter Agging under 0.2 MOA was upstate New York restaurateur Pando Vasilovski with a 0.1927.

It was time for Sporter at 200 and Don Rosette from Ohio was the only shooter in the “teens” with a .1997 MOA Agg. Pando still had it working and was second. Here are some of the “Top Guns” from the 2019 IBS Group Nationals. CLICK HERE for Full Results.

Former Super Shoot winner Larry Costa won the Heavy Varmint 200 with a .2007 MOA Agg and he had room to spare to beat Kevin Donalds Jr. and Jeff Peinhardt with a .22 and .23 respectively.

The last day, Saturday, the rail guns were hauled out again for the Heavy Bench 200. Mark Buettgen topped the field with a .2572 MOA Agg. No need to check the equipment list to know what barrel brand Buettgen used. Mark works for Bartlein Barrels in Wisconsin. Wayne Campbell was just on Mark’s heels.

The Rifle for Short-Range Benchrest Competition

Let’s examine the Top Ten rifles from this year’s IBS Group Nationals in the 10.5-lb Light Varmint Class. We’ll focus on the most popular rifle components — the choices for Actions, Stocks, Barrels, and Scopes.

For some years now, BAT has been the predominant action. This year BAT actions held nearly 100% of the Top Ten places in all the Bag Gun equipment lists. Bruce Thom’s Idaho-crafted actions, except for a couple stray actions in Heavy Bench, swept the top rankings.

Next, look at barrels. Bartlein or Krieger seem to rule with upstate New York’s venerable Hart barrels as competitive. Shooters tend to go with winners, so Wayne Campbell and Jeff Peinhardt dominate as gunsmiths for the top benchrest shooters.

In stocks there seems to be variety, but there is some commonality. The Scoville and Scarbrough stocks, both Michigan-made, are laminated wood (balsa and other wood) with carbon fiber and wrapped in carbon fiber. The Scoville stock on my 10.5-lb rifle weighs 18 ounces but is full size with a nice long fore-end. Bob Scarbrough makes a very similar product. Both are winners — it’s a choice of Ferrari or Lamborghini. The Roy Hunter and Terry Leonard stocks among these top rifles take a different route to winner’s circle. Both are wood (cedar or other), but super high-tech as they are laminated with carbon fiber. They are beautiful to boot. High-magnification Leupold, March, and Nightforce scopes rule the roost among benchrest optics.

Bullets and Powder
Bullets are important. Really important. A hot bullet gives you “Teen Aggs” and lots of trophies. An average bullet does not. Most of these are 68 grain 6mm boattails. The Peinhardt (StaMoly Precision) bullet is well represented on this list, but some top shooters make their own as you can see. Bullet jackets are likely StaMoly or J4. For powder, nearly everyone shoots Vihtavouri N133 except a few guys running LT30/32 or IMR 8208 XBR. 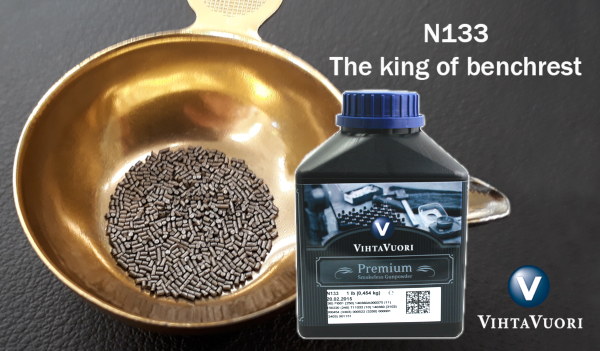