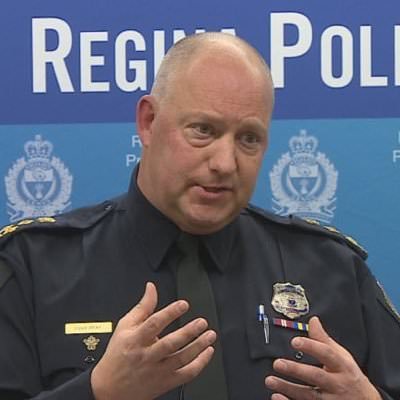 “Banning something doesn’t necessarily mean that you’re not going to have firearm-related crime in your community. So we need to come at it from a few different angles,” Global News quoted Bray as telling reporters yesterday in Regina, Saskatchewan, in relation to handgun bans.

Bray, the co-chair of a special committee on firearms for the Canadian Association of Chiefs of Police, is part of a growing movement of police officials from Vancouver to Halifax who don’t support the Trudeau-Tory attempts to criminalize 2.2 million men and women with a federal firearm licence.

Everyone is banned already from buying, selling or having any gun unless they have a permit.

Trudeau’s governing Liberal party is campaigning on plans to execute the biggest series of gun confiscations or evictions against honest citizens in Canadian history if he wins the October election. Projections by 338Canada.com, an opinion-poll aggregator, suggest the Liberals will be re-elected.

If Trudeau wins and declares people criminals for owning certain firearms, they would have to flee the country with their guns, surrender them to police, or face jail.

Saskatchewan has the highest rate of private gun ownership in Canada.

Tory won a second term as mayor last year after urging Trudeau to eliminate every handgun and every semi-automatic rifle and shotgun from every licensed firearm owner and store in Canada. He asked sport shooters in Toronto to leave the city.

Bray supports more restrictions on stores that sell firearms, The Canadian Press reported in an article published by the Toronto Star.

The chief, who was presenting crime statistics, said offenders are using handguns and especially so-called “Non-restricted” hunting rifles and shotguns.

“I’m not going to say that handguns aren’t a risk to citizens in Regina, because they are,” CBC News quoted Bray as saying. “Predominantly the crime that’s involving firearms in our city is long-barrelled rifles or shotguns.”

Banning firearms from honest men and women is a politically sensitive topic in Saskatchewan, where many rural residents use guns responsibly for sport, hunting and/or pest control, Bray said, according to the Regina Leader-Post.