Back in May, Ubisoft teased and ultimately revealed the latest entry in the Ghost Recon franchise, the follow-up to 2017’s Wildlands, which our review called an “open world thrill ride.” While Wildlands still had strategic and tactical elements which help maintained the core elements of the franchise, the expansive open world and co-op added more opportunities for more chaotic playthroughs that often felt at odds with the serious story and atmosphere that Ubisoft was attempting to portray. The livestreamed reveal event for Ghost Recon: Breakpoint showed that the team was continuing to double down on this no-nonsense tone, but was attempting to integrate gameplay mechanics that helped encourage players to behave like the silent and effective ghosts that the protagonists are often shown and referred to as. This past weekend, select players were able to get their hands on a pre-release version of Ghost Recon: Breakpoint that put these new mechanics to the test ahead of its proper launch next month.

The Ghost Recon: Breakpoint beta featured two story missions, several side missions and a rotating set of faction missions all located in four of the available provinces. Little was shared about the story beyond the main premise across these two campaign missions, as the Ghost Squad heads to the fictional archipelago of Auroa, home of Skell Technologies and its near-futuristic drones which have been overtaken by a former Ghost known as Walker (portrayed by The Punisher’s Jon Bernthal) and his army called the Wolves. This oppressive force is established early on in the beta as a deadly and powerful opponent, with drones and helicopters that scour the island in constant search of you and your teammates. While consciously aware players can often avoid these eyes in the sky, being caught can lead to some truly intense gunfights with and attempted escapes from the pack of Wolves hunting you down. 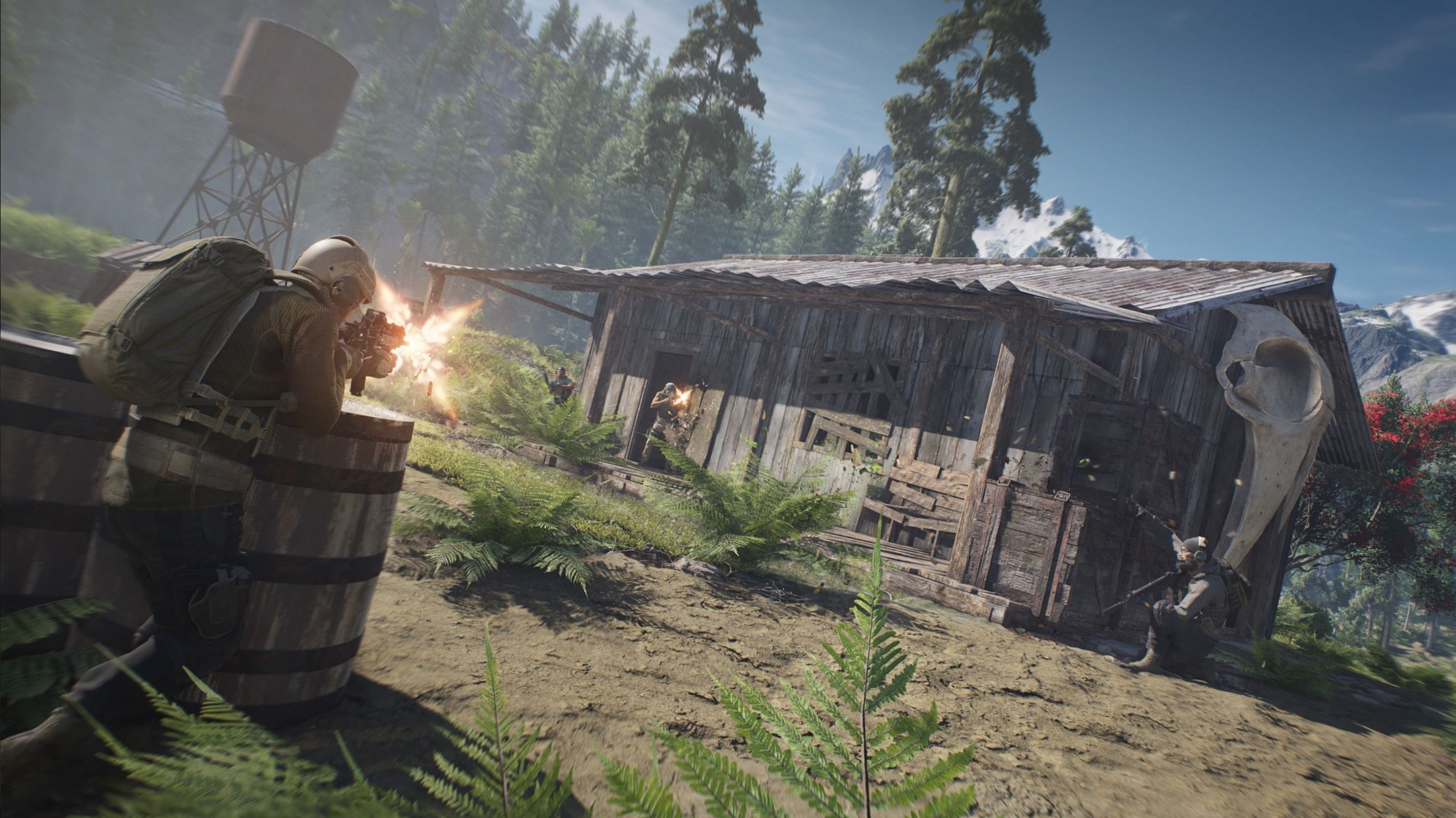 This aggressive tone puts a constant feeling of survival upon the player, as even relatively small groups of enemies wandering the jungles can prove to be a challenge if not approached correctly. Fortunately, the lackluster stealth of Wildlands has been vastly improved in Breakpoint, as stealth takedowns and camouflaged proning both prove essential to players who prefer the sneakier playstyle. When the player does need to rely upon guns, suppressed or otherwise, both first and third-person firing feels smooth regardless of weapon type and is further deepened by a bevy of customization options for each weapon, including attachments, upgrades and aesthetics. The player’s appearance is also easily changeable mid-game, with loot becoming a key aspect of progression within the core gameplay.

As the player explores the island, with options for guided or exploration-based modes similar to Assassin’s Creed: Odyssey that make objectives more or less natural to discover, the large stretches of jungle are populated with auto-retrieve refills for ammo and items along with crates that provide new weapons and gear with accompanying skill levels similar to Destiny and The Division. While specific loot can be found through investigations that help narrow down its precise location, new drops are found so frequently that the player rarely feels incentivized to find one specific weapon or attachment. This loot drives up the power level of the player alongside their XP level, which is more directly tied to kills and mission completion and grants skill points that can be used in the expansive skill tree. In addition to the four classes that the player can unlock and switch between each with their own unique ability, the full skill tree offers plenty of passive and perk-based upgrades, although the player can only utilize a maximum of three perks at a time which discourages the usage of skill points on the wide variety of unlockable perks. 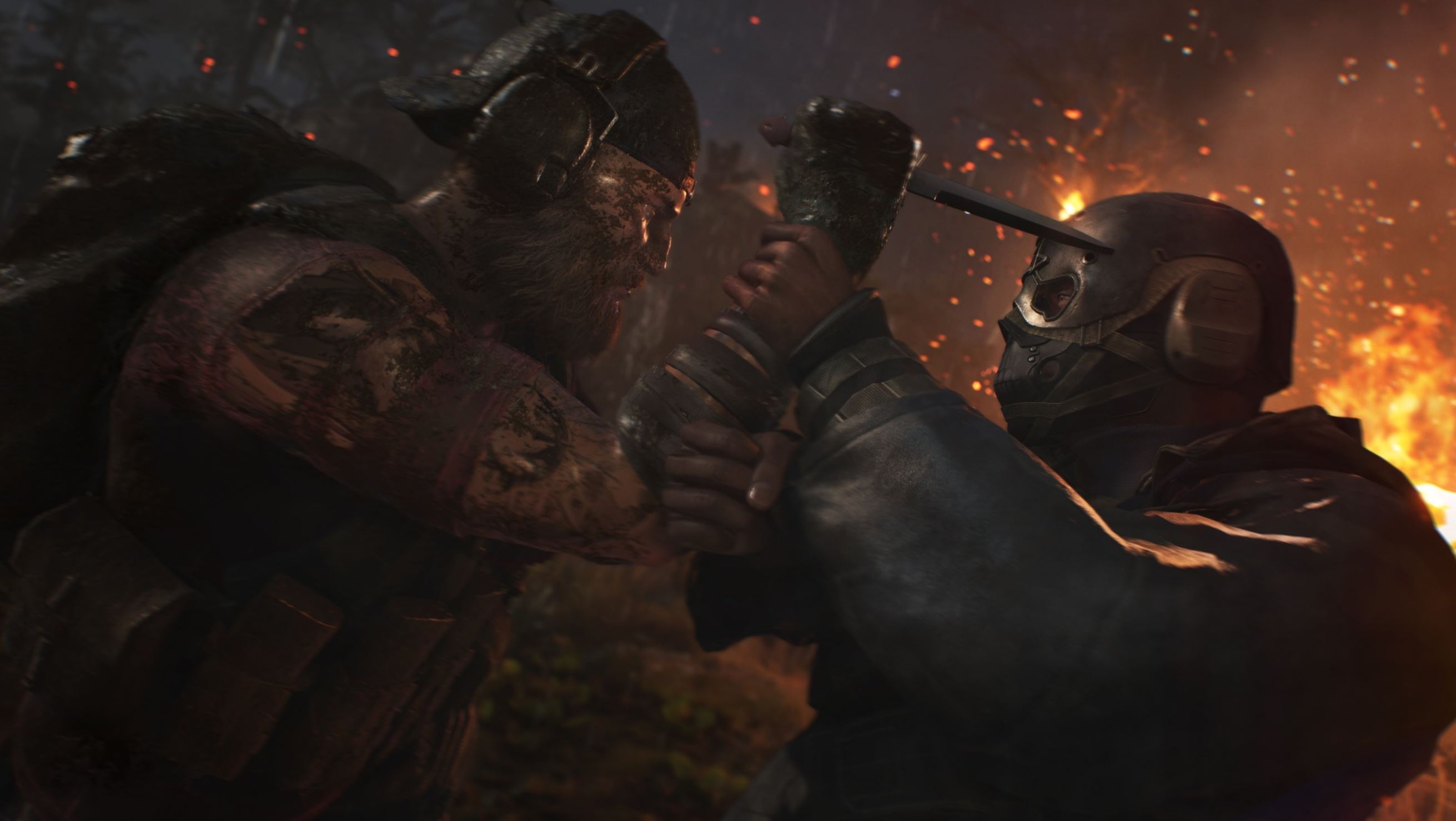 The open-world environments of Auroa felt massive even within the four available provinces, which primarily consisted of jungles save for the occasional settlements which feel strangely post-modern among all the trees and swamps. Due to a stamina meter that requires players to drink water to avoid running into fatigue and shortening the usable amount of stamina, the available variety of vehicles ranging from cars to bikes and helicopters feels welcome, even if most of them are still far too prone to drifting regardless of the surface the player is driving on. Smaller bivouacs and larger homesteads provide an opportunity to rest from the stressful outside world, along with opportunities to discover new missions and characters, craft meals that provide temporary buffs using the natural resources of the island, and visit the shop where players can purchase new weapons, gear, items and aesthetics. From completing main and optional missions to tracking down new loot and collectibles, the easily-accessible and removable interface helps you keep track of your desired objectives, even if it can feel somewhat obstructive when displaying its maximum amount of information.

While Breakpoint does make great strides in listening to the feedback from Wildlands, some key complaints are still present within the beta. The vast majority of the voice acting and writing feels stiff and generic, which could prove problematic if it continues on to the later missions of the game and removes any attempt at the story being a motivating factor for players to continue. During longer stretches of exploration across the large open world, the core loop of encountering enemies and finding new loot can get somewhat repetitive, making some of the more basic missions that rely on this same loop feel uninspired while also upping the reception to missions that offer more variety. While solo players will likely find the survival-based atmosphere to resonate more with their experience, some of the larger groups of enemies can prove truly difficult even on normal, as any attempts at stealth often devolve into overbearing gunfights that can take down the player’s health fairly quickly without the backup and additional targets that Wildlands’ AI teammates provided. Finally, while finding technical issues during a beta test is all but inevitable, there was a noticeable amount of syncing discrepancies when playing co-op, which occasionally proved problematic when attempting to strategically position yourself based on your partner’s supposed location. 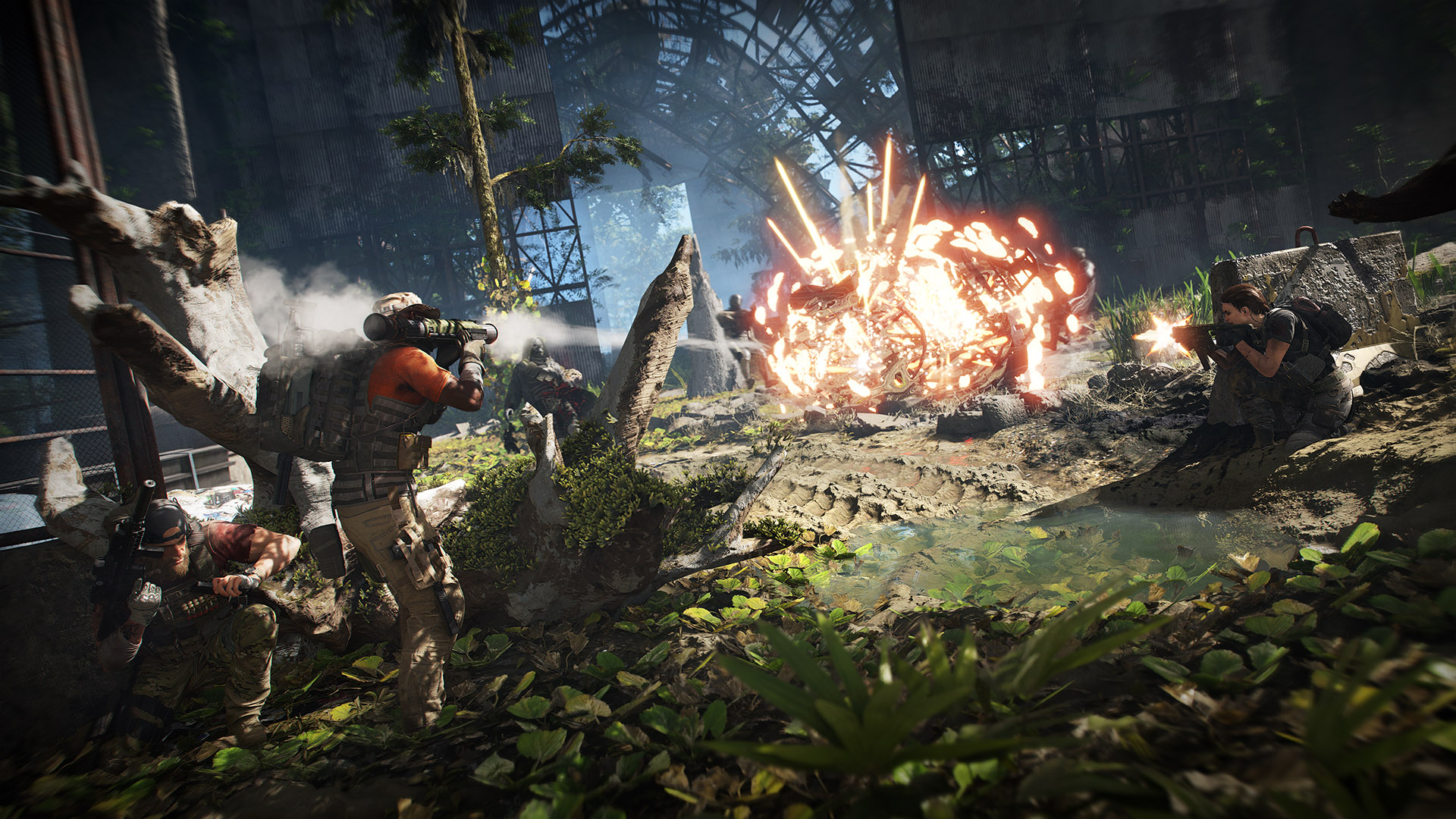 With just under a month until Ghost Recon: Breakpoint heads out into the wild, the renewed focus on survival and exploration through an oppressive enemy force, improved stealth gameplay and a constant stream of new loot and objectives has combined to offer a promising peek into the latest Tom Clancy title. Although strengthened by polished gunplay, the already noticeable amount of repetition could prove worrying, particularly if the weak story and technical issues continue to present themselves in the full title. Fortunately, the deep skill tree and customization options, alongside the inclusion of a PvP mode at launch, could help make for a more robust experience when Ghost Recon: Breakpoint releases on October 4 for PS4, Xbox One and PC.