HOUSTON, Texas (KTRK) — A 9-month-old baby who was only a pound when he was born is cheering on the Houston Astros with his own custom gear as he receives treatment in the hospital.

Marshall’s mother says she was told her son had no chance of survival when he was born in January. Now, nine months later, baby Marshall is growing fast.

“This has been a tough journey, but to see him growing stronger every day is amazing,” said his mother.

The mom shared a series of adorable photos of baby Marshall from the hospital where he’s currently in NICU. He’s seen wearing a white T-shirt featuring the Astros’ logo. 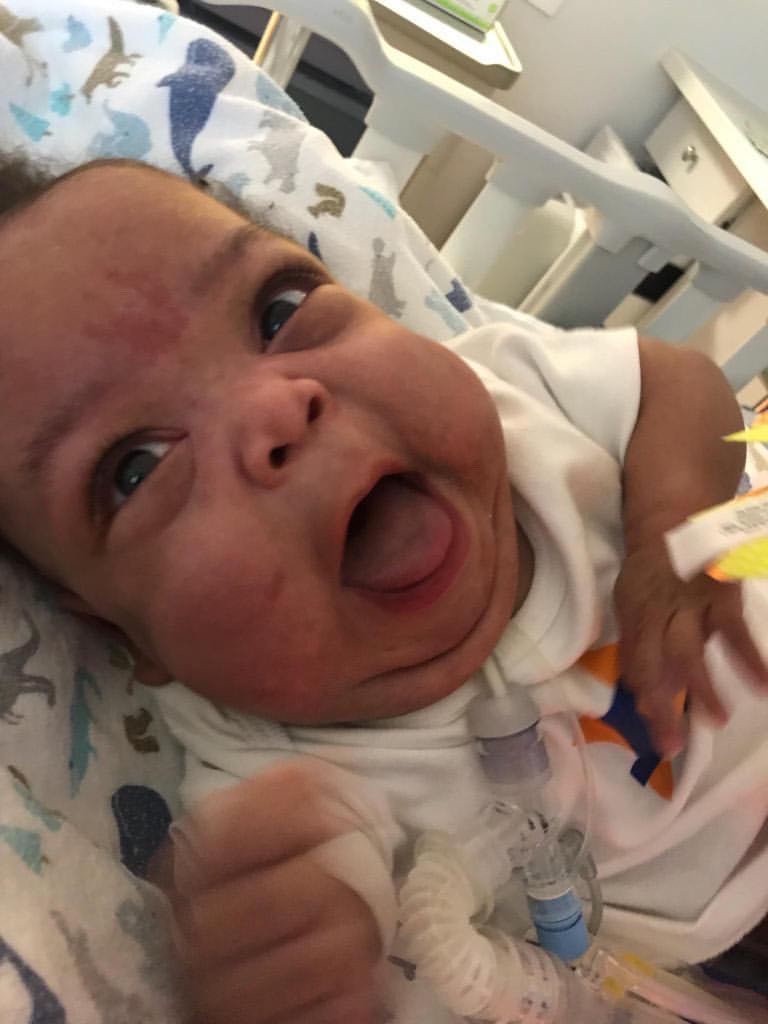 “He just started smiling about a week ago,” said the mom, who took several photos of baby Marshall glowing in his gear. “That’s because he laid in bed for 8 months with a tube in his mouth.”

With their third straight victory, the Astros are now one win away from the World Series.