A man was detained by police outdoors the American Airlines Center in Dallas, the web page of President Donald Trump’s rally Thursday evening.

Dallas police arrested the man though he was wearing a helmet, a vest and a backpack. Officers identified a pistol in his front pocket.

Police also confiscated a gas mask, knee pads and an aerosol can.

The man, who has not been identified, was wearing an InfoWars t-shirt. 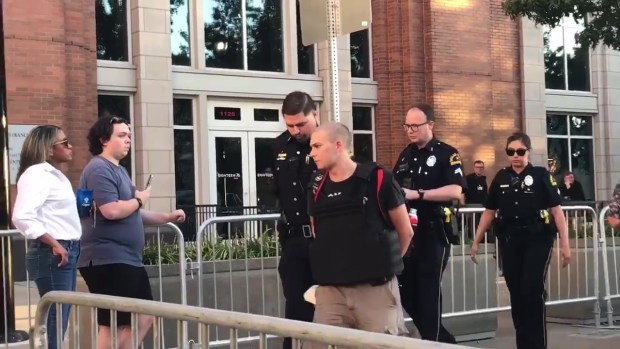 He was detained close to counter-protestors but was not element of the protest.

Dallas police confirmed that the man had a license to carry the weapon. He was taken into custody and transported to an location hospital for an evaluation. No criminal charges will be filed, police mentioned.